Home › Blog › Sorting out Disputes over Possessions from a House Clearance


Sorting out Disputes over Possessions from a House Clearance One of the worst and most potentially hurtful things about house clearances is the division of possessions. It can cause serious rifts when everybody feels a connection to the framed painting of the town ‘Dad’ grew up in. In such delicate and personal matters there isn’t a step by step way to get round it or a list of dos and don’ts. There is, however, a few things that it might be worth considering in difficult situations like these. So, hopefully, these might prove helpful in your personal scenario.

Memory: It might seem like something as immaterial as a memory is far less reliable than something you can hold, touch or call property. But memory is completely uniquely your own and nobody can take it away from you. What you keep from the person or place you are losing will mean more to you than to anybody else and you can immortalise this in your own way in your mind. It’s also worth bearing in mind that sentimental memories have a habit of making everything look just that little bit nicer and cleaner than it actually is in real life. Those decorative cushions you were so attached to are much duller and more frayed than you remembered, right? Perspective: At the end of the day, it’s just stuff. This might sound like an incredibly heartless and insensitive observation to make but really – it’s worth bearing in mind that this sort of thing will only last a certain amount of time and it won’t bring your person or place back and actually you coped perfectly well without it before. Sometimes it can seem like the most important thing in the world to get your hands on this relatively prized possession but it’s just worth putting everything into perspective. What emotions are you actually displacing into this fight over possessions and how different will your life be for having it than it was before you had it? Copies: These days, almost nothing is ‘one of a kind’. If this particular thing means this much to you and you really can’t get the original for your own then think about ways that you might be able to get a copy or a similar object that will remind you of the one you weren’t able to have. With scanning and professional duplication methods for art and pictures you can bring things from the past right into the digital age and have as many copies as you need. Fabrics and objects, like ornaments, are harder to get copies of but never underestimate the powers of the internet and humanity. People are always looking for projects to get stuck into so replicating an ornament etc. could definitely be done by somebody out there. If it’s money from the sale of an original you’re after then there are two things. One, you’re clearly not concerned about the possession itself. Two, money can be split between all concerned parties. Easy. Hopefully, these brief pointers might help soften some blows or avoid some family feuds. Good luck. When in the middle of home clearance, you will definitely stumble upon things you have no need for and the first... 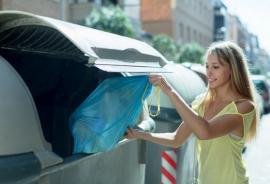 Admit it, after every single home clearance you always end up with a heap of items which you perceive as useless, so... With the progressing technology bringing in more and more ways to store information and new data holders, the old... We all have the habit of storing our surplus possessions in the basement to ensure that our house in Enfield is...